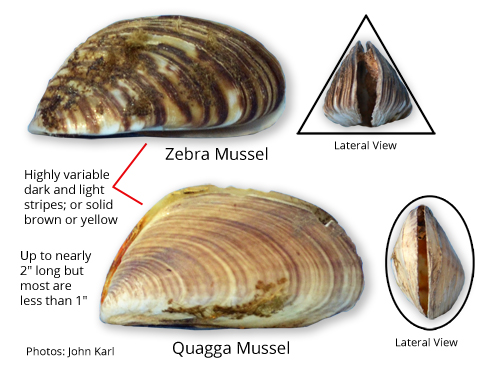 An “invasive species” is a plant or animal that is non-native (or alien) to an ecosystem, and whose introduction is likely to cause economic, human health, or environmental damage in that ecosystem. Once established, it is extremely difficult to control their spread.  The Great Lakes have been hit economically by various invasive species, namely the sea lamprey, Quagga mussel, and zebra mussel. Zebra mussels are filter feeders and remove floating particles in the water thus increasing visibility. On the other hand, they have been attaching to parts of shipwrecks overtime, which causes additional concerns.

The mussels clog pipes leading to the lakes and cause approximately US$1 billion in damages per year while destroying native species. The lamprey feeds on the sport fish of the lakes, making them less attractive to fishermen. An electric fence has been set up across the mouth of the Great Lakes in order to keep an invasive species of Asian carp out of the area.

Nevertheless, divers have been enjoying increased visibility in all the lakes and scuba diving industry has boomed around the Great Lakes as a result. There are now over 100 scuba diving shops. 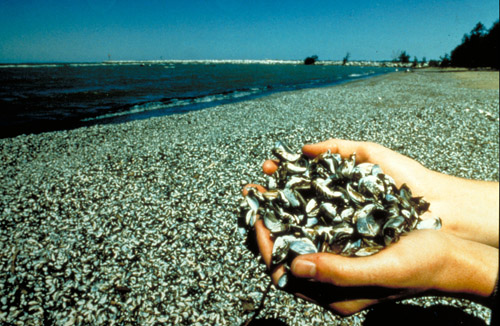 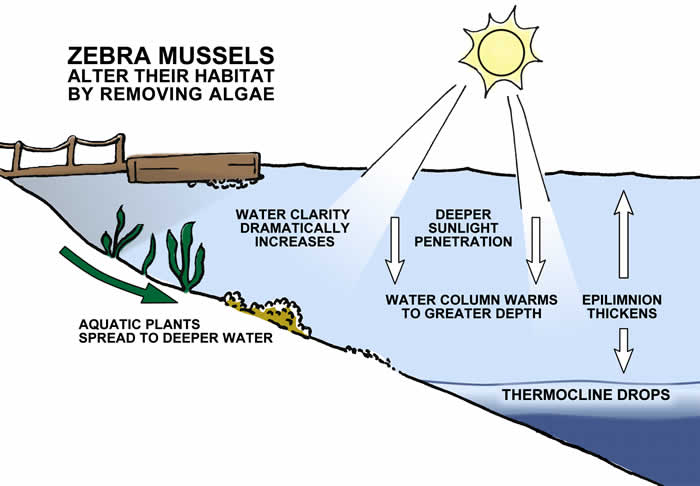 Courtesy of The Lakes of Missouri Volunteer Program

U. S. Environmental Protection Agency
Wikipedia article about the zebra and quagga mussels.